(6 Jan 2016) 18 representatives of the indigenous Gomeroi people near Gunnedah (NSW) signed a deal with Whitehaven Mining for further mining exploration on their lands. “The Native Title Applicants are a group of 18 people, they’re the elected officials of the Gomeroi Nation,” Whitehaven CEO Flynn said. But the ink was not even dry when other ‘traditional owners’ disputed the agreement, stating that the 18 reps did not represent the local people.
Comment: It is obvious that as so many times before two problems occur. The first is that the ‘traditional owners’ don’t have their act together in electing real representatives, and/or are changing their minds during the process. And secondly, that the mining companies simply get their way by either paying lots of money, and/or successfully use their ‘divide and rule’ strategy.

21 September 2015 After rolling Tony Abbott as PM, the new government reckons that this provides a new opportunity for further change in Indigenous policies. Nigel Scullion stays in the job as Minister for Indigenous Affairs. “We have laid the foundation to improve outcomes for Aboriginal and Torres Strait Islander communities – we need to keep on the path though if we are to see this change realised.”
“I also welcome the appointment of Ken Wyatt, Australia’s first Indigenous Commonwealth Government frontbencher taking up the role of Assistant Minister for Health.”
Comment by Wake Up Time: There is no indication what so ever that Indigenous Affairs will be looked after in a more realistic way than so far. Same people, same failing policies. Only a strong overhaul of this policy area, including dismantling the Royalties Maze, abandoning racism including preferential treatment and re-assessing the position of Land Councils might lead to solutions. A Turnbull government is highly unlikely, like a Shorten government, to ever provide that. The issue is not important enough, it seems, to take the risks.

14 september 20156 – A new report released by the Victorian Ombudsman highlights once again the need for urgent action to address the over-representation of Aboriginal and Torres Strait Islander people in the justice system. Victoria has the fastest rate of increase in Indigenous imprisonment, despite spending in excess of 1 billion dollars each year. Instead of building more prisons more money should be invested in early intervention, prevention and diversion strategies, according to the ,Change the Record, Coalition. Read the recommendations on the website of the National Congress of Australia’s First Peoples.
Comment by Wake up Time: As usual the ‘solution’ is supposed to come from more funding, more money etc. For decades this approach has not worked. Indigenous people should firstly accept their own responsibility to prevent their kids to derail, as parents all over the country are supposed to do. The solution does not start with the judicial system or the government, it starts with the responsibility of parents and communities.

4 september 2015 Labor party ‘will consider’ the cashless welfare debit cards legislation and Tony Abbott reckons that the Forrest proposed welfare card will help lift Indigenous people ‘by their bootstraps’. The card is similar to the failing (and existing) BasicsCard. 80% of a welfare recipient’s dole money will end up into a special account that can only be accessed via debit card. The cards can not be used for gambling or to buy liquor. “The main objective of the card is to address the very serious welfare-fuelled alcohol, drug and gambling abuse, [which] as you’d be aware is rife in some communities,” acoording to the government. The card is to be trialled in three separate locations, affecting up to 10,000 people. More info in The Guardian 19 Aug and 23 Aug
Comment by Wake Up Time: The idea of a cashless welfare card is not new, and not the result of proposals of Forrest: it has existed in the NT for years, called the BasicsCard. Wake Up Time shows clearly that the negatives of these cards outweigh the benefits. Measures taken for one racial group in the society, like this card, are racist by definition. In addition, Aboriginal people feel treated as children, rightfully so. In theory these cards are always meant for ALL welfare recipients, but fact is that these cards will only been introduced in regions with a predominant Aboriginal welfare population. 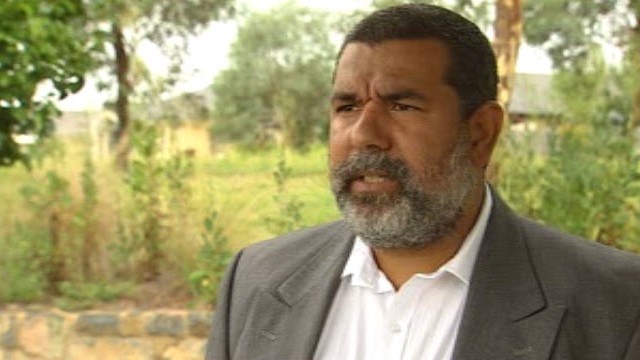 21 August 2015 The ABC writes that Prime Minister Tony Abbott faces insider rebellion on the referendum to recognise Indigenous Australians. A handful of Government MPs are completely opposed to any constitutional change, but a growing and broader group with the Coalition is questioning the merit of going ahead with the referendum as proposed in May 2017.
To succeed, the referendum needs to achieve support from the majority of states as well as the majority of voters across the country.
A number of MPs and senators are worried that threshold is too high and that the vote will be lost and deepen divisions between black and white Australia.
WA’s Liberal party is also rebelling: “The Liberal Party of Western Australia oppose any move to recognise a single race to the exclusion of all others in the body or preamble of the Commonwealth constitution”.
Comment by Wake Up Time: Any change of constitution that would include a new clause that allows for special laws for Aboriginal people is wrong and most likely would never get through a referendum. As long as the proposal includes removal of currently existing racial laws, and including the statement that people lived here before 1788, then a referendum could easily pass. But the current proposals from Indigenous people to include special rights, is doomed to fail. 7 August 2015 The Territory leads the nation in statistics of children who are in “out of home care” and Central Australia is massively ahead within the Territory, according to the Alice Springs News. On June 30 there were 1005 Territory children in out of home care who had orders under the Care and Protection of Children Act, up from 908 a year before. The ‘per 1000’-figure in the NT rose from 8.8 in 2010 with a big jump from 11.6 in 2013 to 14.3 in 2014; the national average was 8.1 children per 1000 in 2014. In the Territory indigenous children are eight times as likely to be in care than non-indigenous children.
Comment by Wake Up Time: A reader of the AS News, Greg, wrote: “You can lead a horse to water but you can’t make it drink. It’s unfortunately the same for some of the Aboriginal people.” The millions spent on improving the situations in remote communities have not paid off. The situation is getting worse.
Wake Up Time suggests two fundamental changes in the approach to these problems: overhauling the ‘Royalties Maze’ which provides uncontrolled flows of money to the communities, and ending any form of racial distinction…. treating Aboriginal people and issues equally from a legal perspective. That could finally break the chain of destruction and dysfunction, harming thousands of children every day.