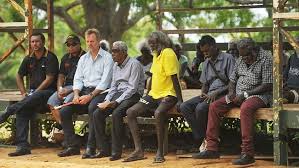 19 Mar 2015. The Federal Indigenous Affairs Minister, Nigel Scullion, announces a plan to boost spending with Aboriginal companies to $1.17 billion per year (3% of $ 39 billion) over five years, up from the current $ 6.2 million (0.015%). The low 0.015% figure currently spent is despite ­existing exemption policies that make it easier for public sector agencies to buy from indigenous businesses.
The government will also ­increase the indigenous workforce within the commonwealth public service from its current level of 2.6 per cent to 3 per cent by 2018. This will result in an extra 1,200 indigenous employees. Senator Scullion conceded the Government had struggled to maintain its Indigenous employment levels in recent years
More in The Australian, ABC and Indigenous.gov.au
Comment by Wake Up Time: here we go again. Despite existing exemption policies for Aboriginal businesses, they don’t manage to get more than 0.015% of the contracts. To increase this to 3%, the government will have to buy either substandard, non-competitive products and services, or pay too much. How fair is this to non-Aboriginal businesses? Scullion might state that he understands that this will be the criticism, but understanding that does not justify his policies. Racial distinctions are always wrong, even if mining magnets like Forrest (the inventor of this plan) like them. The solution is to help businesses to get stronger in the competitive market, also if they have indigenous employees.
The same applies to forced increase of Indigenous employees: the government will either pay too much, or get sub standard employees. Employ people for their skills, not for their skins.